Matt, I doubt you have ever run a business with a comment like this though let's dissect your comments a bit. So you support under paying workers by purchasing Italian canned tomatoes and have no qualms about the conditions of workers in foreign countries. If you can name any Australian tomato grower underpaying their workers then call them out. I dare you to. They also relay heavily on big EU subsidies to make profits. Nothing sustainable about that model.

There have been no taxpayer funded bail packages ask for or provided to Ardmona and Hockey stood firm with providing any to SPC. Furthermore there certainly has been no tax payer funded bail ever asked for or supplied to any tomato grower in this country.

I actually put in a written request to Woolies to have a section in their supermarket dedicated to Australian grown and manufactured products so that we didn't have to minutely scan every packet or every can to find out where it came from. I got no reply. That is a very, very good idea Terry, though some of the logistics would need to be worked out for example two sets of fridges as the Australian cheeses and yoghurts would be separate from the foreign cheeses and yoghurts.

My personal belief is that people don't buy Australian as it takes too long to figure out what is, and what isn't Australian you can hardly trust the labelling anymore. If there was a way to set up a system as you've described I wonder if people would back it? I for one would. I absolutely love this idea and I will take it up with my ALA Senate candidate with whom I have a cordial relationship it that's ok. Thank you for sharing this. What is so good about produce from stolen land?

Terra Nullius is the biggest subsidy and genocidal to boot. Joe I am with you and always buy local. Aside from the jobs, I have seen food production facilities overseas and would rather not think about it. However many Australian good products already receive massive subsidies through water pricing policy. The same water Canberrans pay a water extraction charge as a scarce resource is given away downstream to food producers and miners. It can only be time before this becomes a problem. We love Aussie tomatoes. There are fewer and fewer Australian-produced processed foods now on supermarket shelves.

They are very hard to find and country of origin labeling is dismal. It is as if the cheap and often poorly regulated manufactured imports have taken over and we have lost a precious commodity. I think the argument is not that people should be forced to buy imported goods, but that they should have a choice not based on government intervention to favour one party or another.

If all the people who say they are prepared to pay more for tomatoes canned by one company rather than another, so be it.

No GST on Exports! I agree with you JoeTL, also our production and canning standards are safe. The imported tomatoes may not meet the guaranteed standards of those canned at SPCA which has among other things a water supply of the highest quality. So-called Italian tomatoes may not have been grown in Italy, and I like to know where my food comes from.

A simplistic view perhaps, but you can't have it both ways. Sorry but you don't pay higher prices for SPC tinned tomatoes than you do for branded Italian tinned tomatoes. I would never buy an SPC product, especially not their appallingly tasteless tomatoes, based on the significantly inferior quality of their product not on price.

Now & Then: Current AND Former Broadway Kids Take the Stage! | Feinstein's/54 Below

I buy from a range of branded Italian tomatoes If SPC were on special at 80cents, I would still have bought the Italian product because of the overwhelming difference in quality. I resent SPC trying to control a market by stealth where they could easily improve their product quality to improve sales. I am happy to buy Australian made product if it represents good value I will not sacrifice my taste buds to prop up a company that adds huge amounts of refined sugar to most of its products or who are clueless about how to make great tinned tomatoes.

Great to see Aussie battling farmers protected against dumped, subsidised, tomatoes which are picked by slave labour. The tariffs collected might even pay off some of our debt. We seem to be the only country playing on an 'even field' which means we are played for suckers by the rest of the world. Chris berg has got his principles mixed up. Anti-dumpling laws are there to prevent goods being subsidised to cause unfair competition. The EU is subsidising tomatoes - case proved.

Just as Woolworths and Coles got their knuckles rapped when they over-subsidised their petrol sales with grocery profits, never mind the consumer benefited. On the other hand, the milk wars were genuine competition - no subsidies. Farming is a business. It doesn't deserve subsidies, but it deserves a level playing field. The EU are the grand masters of global food price racketeering. We are rank amateurs by comparison. So the EU is expert at subsidies: agreed. But as the article says it means that the EU is subsidsing Australian consumers:let's have more of it.

I recollect learning in economics that even if other countries set 'unfair' subsidies the importing nations are best NOT to do the same or ban the imports, but to accept the local benefits and allow the resource devoted to local production to be re-assigned to something else. Oh, but we have the rural socialists aka the National Party holding forth over the government. 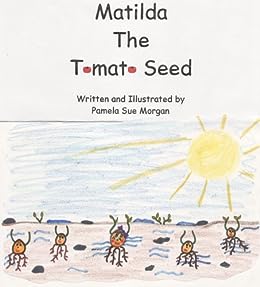 Old Nomad.. EU and US farm subsidies are the very epitome of rural socialism you are accusing the Nationals of. They pay subsidies instead of unemployment benefits.. If you think the Nats should throw our food producers to the global wolves just so you can buy the cheapest imported food.. Caveat emptor.. What about all the cheap water, low cost loans, draught and flood and fire assistance we give our farmers?

Aussie farmers should pay the rent to the traditional owners but they don't. The land is stolen, that is the ultimate unfair subsidy.

All of which would be fine, except that these "battlers" are responsible for voting in conservative parties that are stridently anti-union, pro-deregulation and anti-environment. There are always special exceptions won by the minority Nationals to protect their constituents whilst casting the rest of us to the wolves.

These "battlers" negotiated the FTA deals in their own favour whilst selling other industries down the river Now we have Barnaby Joyce crowing about rising beef prices. Make no mistake, our "battling" farmers are out for themselves and no-one else. Which makes me wonder what our political environment would be like if farmers and regional voters actually had to live with the consequences of the policies they vote for? No mention of the fact that the Australian product is inferior to the Italian product by a long shot.

I would have thought that this would be the most important factor in deciding which product to choose. This has been my experience also. And I will pay the extra for these imports over the protected aussie ones any day. I agree - the Australian ones are watery in texture and flavour.

I like buying local products and am prepared to pay more for them, but expect equal or better quality. I suspect the Italians are growing better varieties. The Italian ones are of 'better' quality because their growing conditions are more controlled and monitored. Specifically, a large quantity of European produce is produced within large greenhouses, which are climate and carbon controlled, with artificially regulated nutrient levels, often as part of a hydroponic program. Essentially, the European farmers have better technology due to location and subsidies.

Personally, I find that the Australian product is often better, but that may be a matter of taste and particular usage. Actually not a lot of farmers get their hands on this drought money or other subsidies. The Govt gives figures of large amounts available, but few farmers qualify, or apply for this money. So it is a myth of the large amounts actually given out. OK, so the next time we hear farmers tell us how they are the salt of the earth, somehow special and deserving of special treatment and needing drought assistance, we can comfortably tell them to go and get nicked as according to you it is just a myth and they don't really ever use these funds anyway?

Sounds good to me. Gee they make a lot of noise about this myth though, don't they? I feel I need to clarify. Of course, this doesn't matter, as there are real safety concerns about the crops coming out of Italy, which are grown in close proximity to waste sites, which have already polluted some aquifers and key streams. Either way. I think that we should be screening orseas products more thoroughly before we even begin to talk about our anti-dumping laws a topic on which I most stridently disagree with the author.

I have been waiting for someone to bring this up. I use loads of canned tomatoes in my cooking and the Italian product is by far superior to the Australia, ours are watery and tasteless. Why do we need to buy tinned tomatoes in this country when we have so many fresh, delicious and easy to use ones available from local growers at very reasonable prices?